the value of tele- prospecting in the life science...

why aren’t factories as smart as they could be? ...

ignite your innovation engine. technologies and so...

cybersecurity and containers in intelligent edge a...

role of cybersecurity in cryptocurrency...

exploring benefits of hardware in a software-defin...

how to overcome the most common network issues?...

what are the major challenges with microsoft activ...

navigating cybersecurity challenges in a hybrid wo...

which is the right one for your enterprise, sase o...

the internet of nano things in the 21st century...

what is vpn? why do we need one in your organizati...

debunking myths and facts about aiops...

why and how to modernize your enterprise applicati...

phygital technology: a bridge between the physical...

report: 88% of companies attacked by ransomware wo...

new relic forays into the market with a new vulner...

report: saas companies are doubling down on produc...

google announces the launch of an ‘open source m... 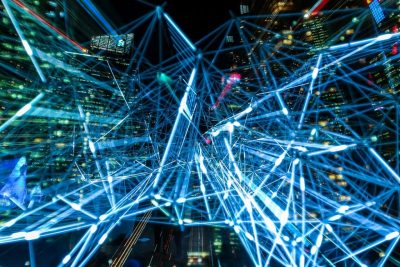 Appwrite, a premier open-source Backend-as-a-Service (BaaS) platform for web, mobile, and application developers, has announced the establishment of its Open Source Software Fund (OSS Fund). Initially, the fund will pay USD 50,000 to open source maintainers whose projects serve as the premise for today’s digital infrastructure but are not compensated as such.

Appwrite’s yearly OSS fund will contribute to the industry-wide need to assist open source maintainers, further technological innovation, and create awareness for a diversified set of solutions for maintaining open source development. Each year, the fund amount will be reviewed to best meet the community’s needs.

Applications are accepted on an annual basis and are open to apply now.

“I know what it’s like to spend long hours in front of your computer, putting your blood, sweat and tears into something you love, and that also benefits thousands or even millions of people worldwide,” said Eldad Fux, Founder and amp; CEO of Appwrite. “I’ve known that we would use some of Appwrite’s success and investment to support other developers and maintainers just like me, to give back and look forward. We hope our contribution can make a difference.”

One of the biggest concerns in today’s technology ecosystem is the sustainability of open source developers and maintainers. Open source software forms 70-90%  of all software and, thus, provides the underpinning of our digital society. Still, many developers and maintainers, who work on the most critical projects embedded across networks and products, often remain unpaid or underpaid. There have been numerous debates on how these individuals can be supported, and several solutions have been proposed.

Appwrite is taking a step ahead of these debates to take action for maintainers by elevating their work and awarding monetary support for their contributions to the industry and digital society.

“Funding and sustaining open source software for decades to come will require many solutions. What Appwrite and Eldad are doing could be the start of a trend, where we see developers supporting developers to build a better, more equitable and sustainable open-source ecosystem,” said Chip Hazard, General Partner, Flybridge.

Eldad Fux, Appwrite founder, began his development career by offering support to open source software projects and being a member of open source communities. Appwrite was started by him as a side project and was built from scratch and started as a BaaS product.

Fux currently supports the open source philosophy by focusing on a fully open source platform and giving back to the community in various ways, including the Appwrite OSS fund.

“Open source powers most of the World’s modern-day infrastructure, from mobile to web, cars and even missions beyond this planet. This is only sustainable by the community’s generosity, time, and efforts. However, this could be improved by the support of more companies and organizations to prevent community members’ burnout,” said Eddie Jaoude, Developer and Creator of EddieHub.

Insights Desk is an integral part of Binary Ondemand, contributing content resources and marketing vision. It creates and curates content for different technology verticals by keeping upcoming trends and technical regulations in mind, Insights Desk has been a part of technological content creation with the advent of enterprise security.

Report: SaaS Companies Are Doubling Down on Produc...

Google Announces the Launch of an ‘Open Source M...

Report: 88% of Companies Attacked by Ransomware Would Pay Ransom if Hit Again

How to overcome the most common network issues?

Top 3 Challenges with Cloud Identity and Access Management and How to Overcome Them!

What are the Major Challenges with Microsoft Active Directory?

Why Aren’t Factories as Smart as They Could be? How Edge Computing Accelerates the Journey to a Remarkable Factory

Back to the Future: 8 Features of Fast and Future-Proof BNPL Technology

Limitless Learning. How Schools are Transforming Education for the Digital Era.